Over the last 44 years the Kenmart team has undertaken some incredible challenges, rebuilding fire and flood damaged  machines, installing machinery into near impossible sites and working with clients worldwide to supply quality products - below are some stories and pictures from our archives. 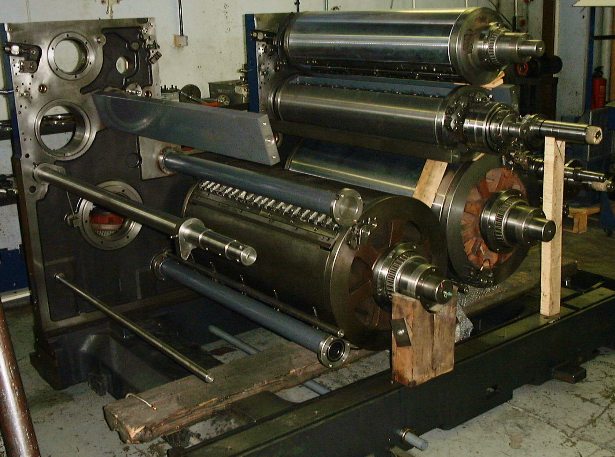 Kenmart was the first company in the world to side frame Komori Lithrones outside of Komori Japan themselves.
Specialists tools were bought and made in-house to undertake this level of dismantling and of course a large degree of skill. The bearings had to be reinstalled with the upmost accuracy, this task was left to our most skilled engineers and with the use of specially made tooling to ensure the torque was correct this was a practice Kenmart went on to both develop and perfect.

Henry and The Hashimoto

Martins friend Henry Cooper pressing the start button on the first install of a Hashimoto Impulse 6 colour in the UK.
Of the many agencies that Kenmart took on, the Hashimoto was one of the most prestigious, the SRA2 machine was hand built in Japan which meant that they were extremely well engineered, incorporating a design know as the 7 o'clock cylinder system, which meant the entire sheet was printed before the transfer to the next unit. Sadly due to the high cost of their manufacturing process it was hard to compete with the top press manufacturers. 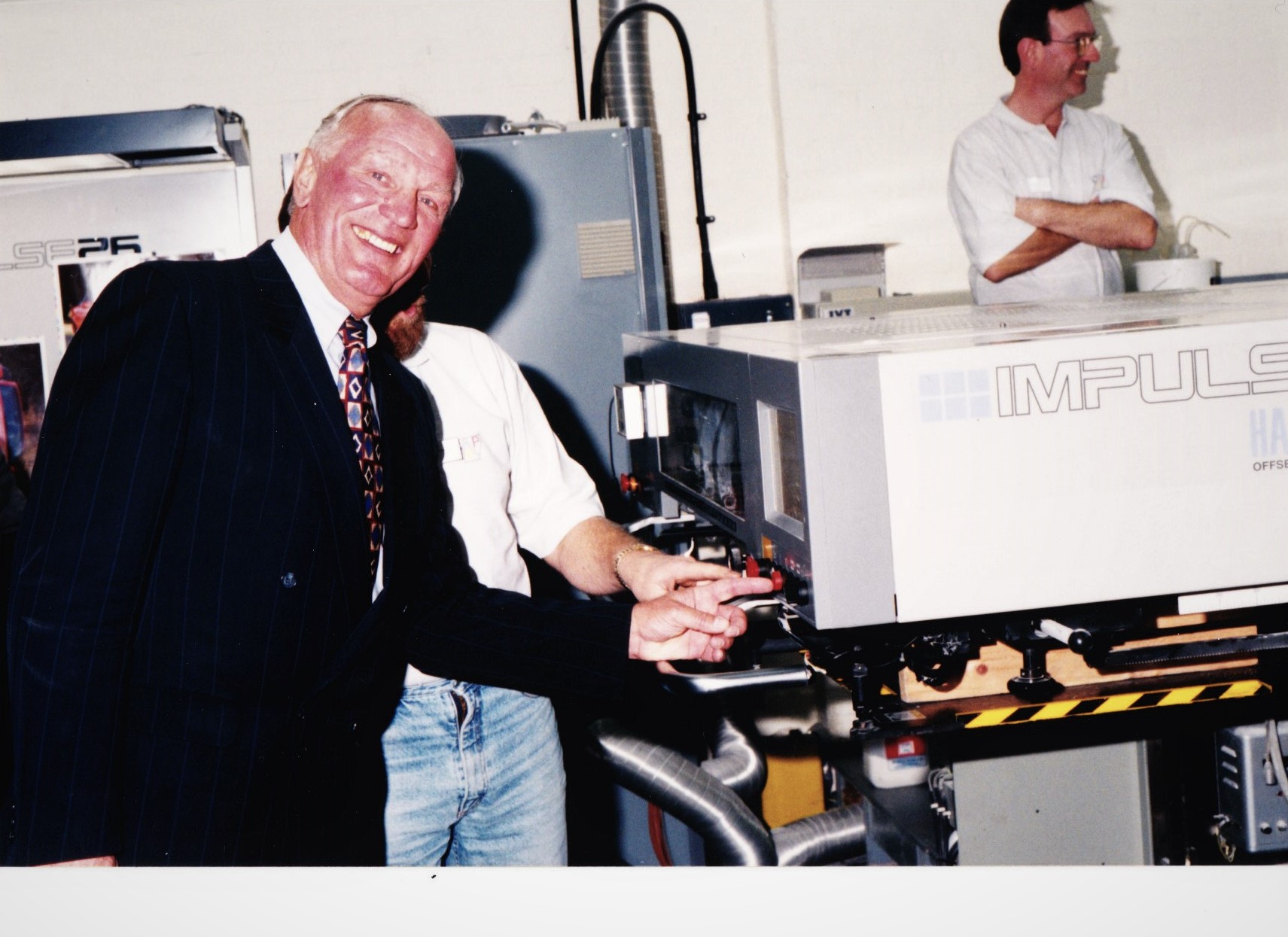 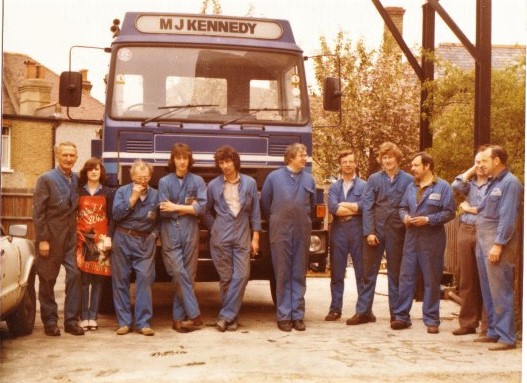 This was 1981 when Kenmart was really taking off and had purchased a brand new HGV with rear mounted crane.
After its conception in 1977 Kenmart took off quickly and it wasn't long before it was employing a team of engineers, from a rented factory in Crayford Kenmart moved to its own factory in Bromley where this picture was taken, the likes of Bruce Clark, Ken Wilkins, Peter Cooper, Ron Crerie and of course my wonderful father Alf (Alfred) who drove the lorry and had actually driven me from job to job in the early days.